Relax in the salon and out on deck enjoying the views between island visits and snorkelling during your Galapagos cruise on Cachalote Explorer. 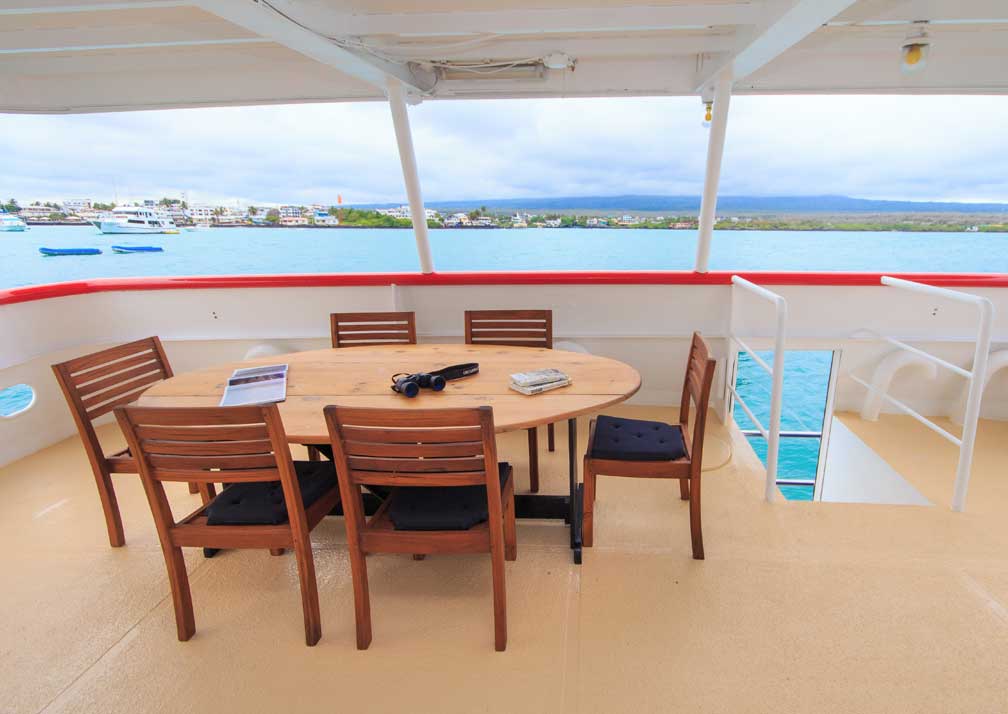 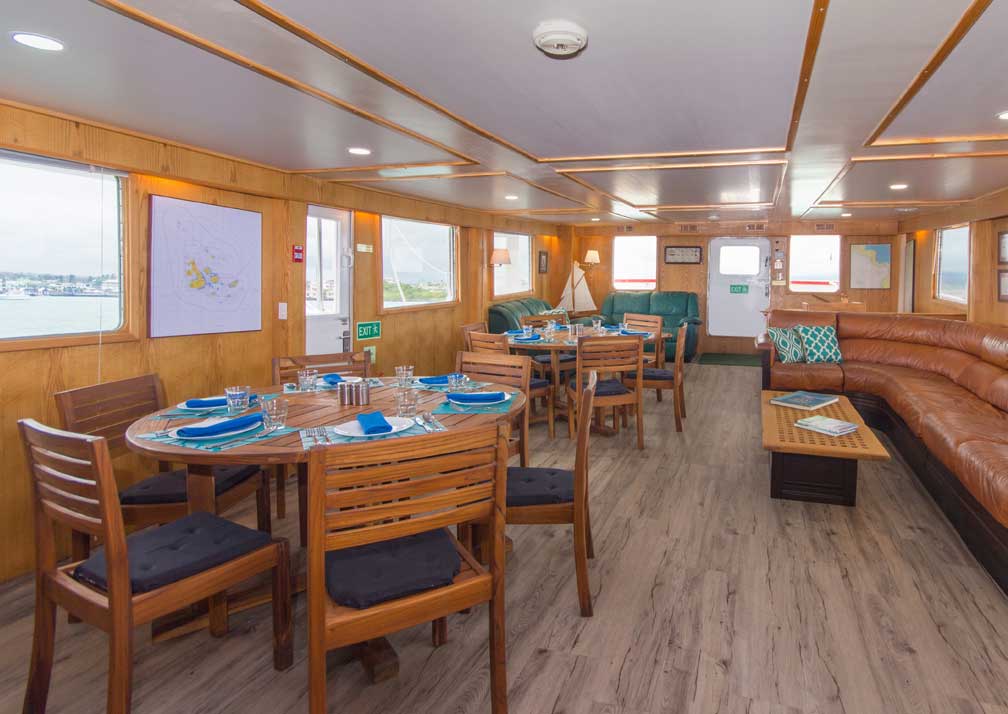 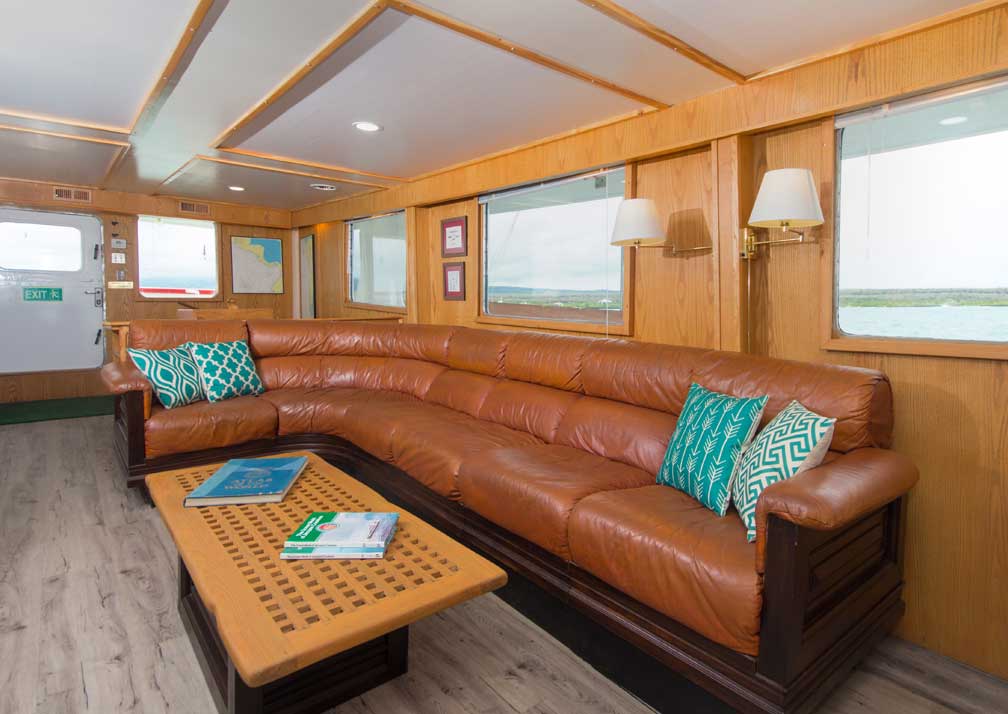 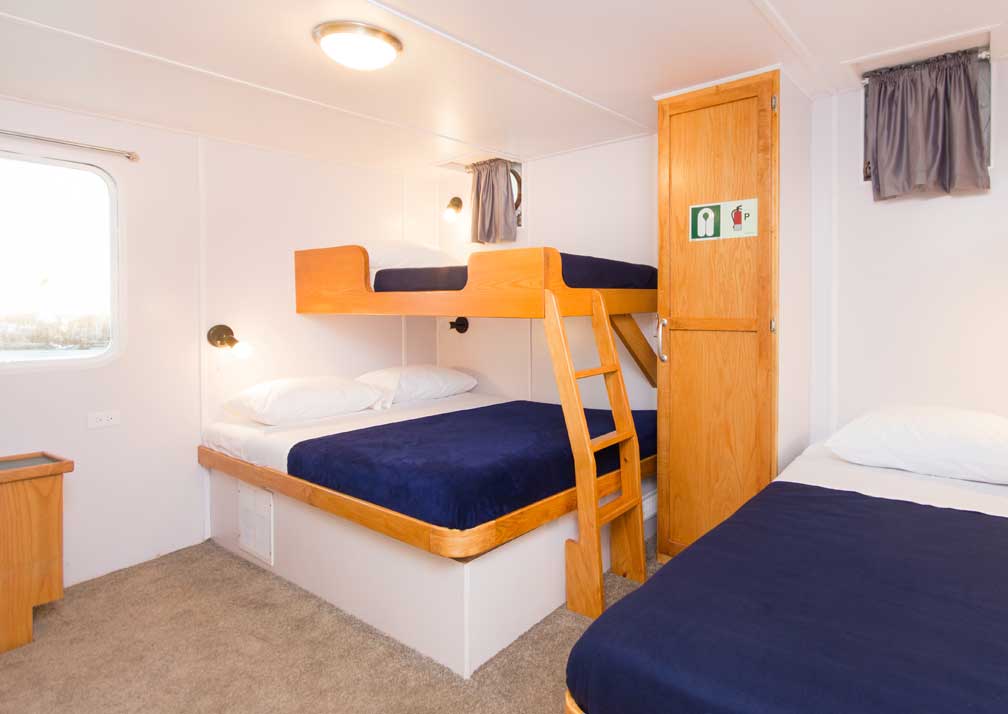 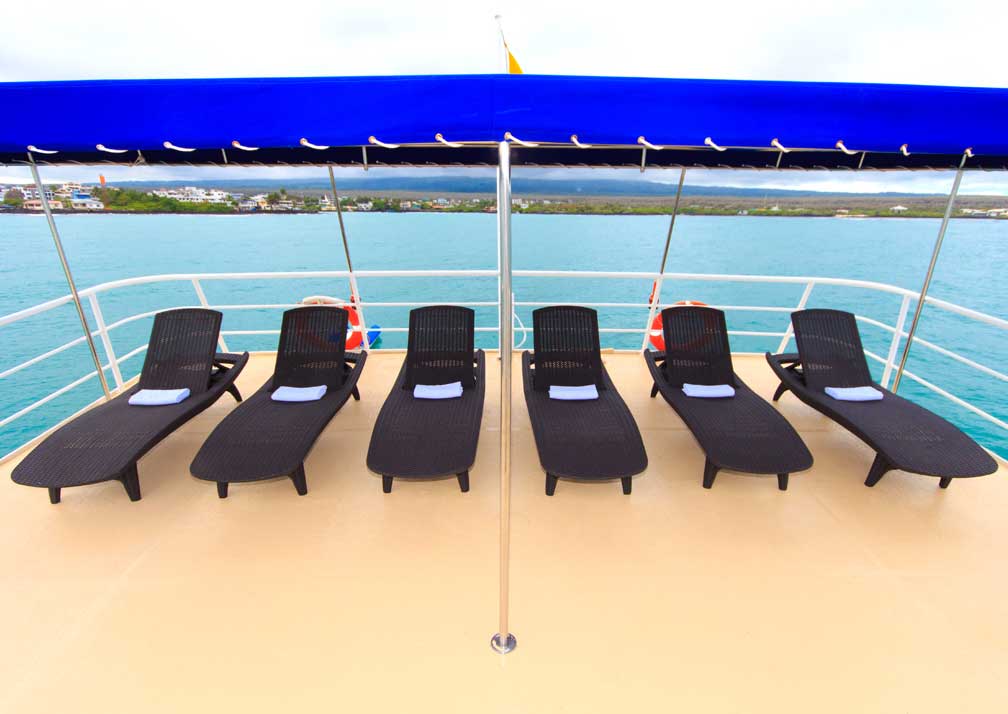 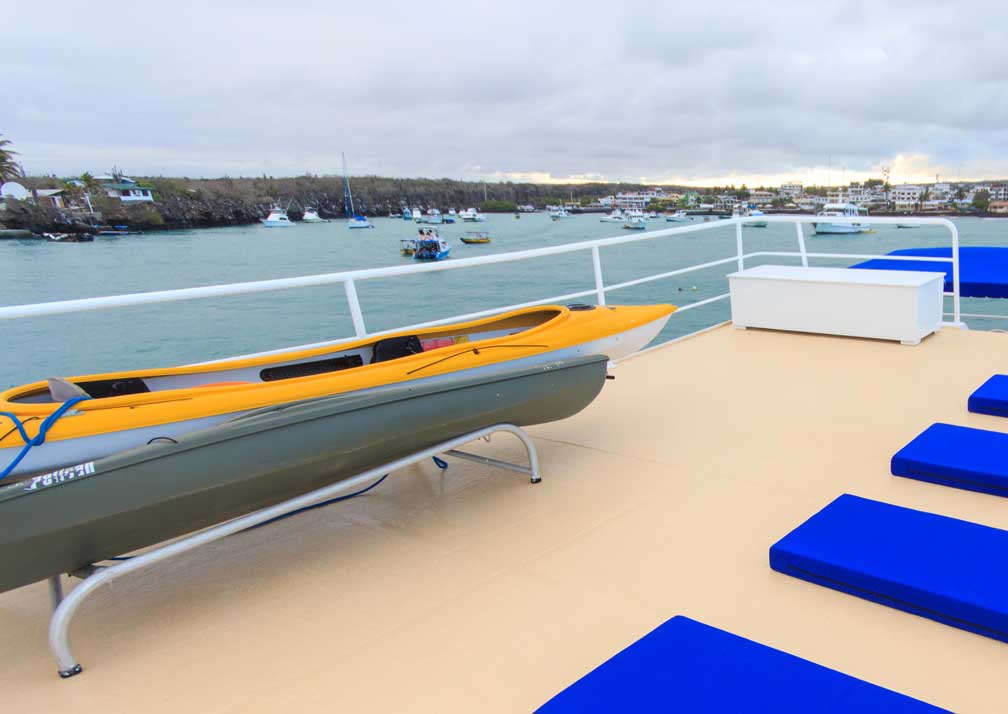 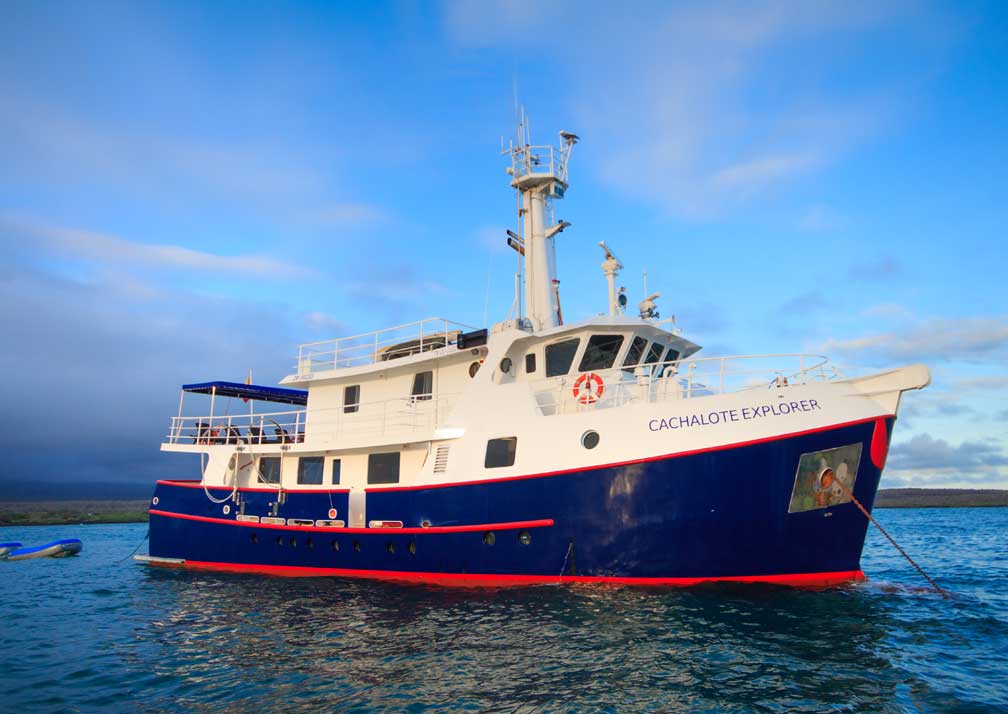 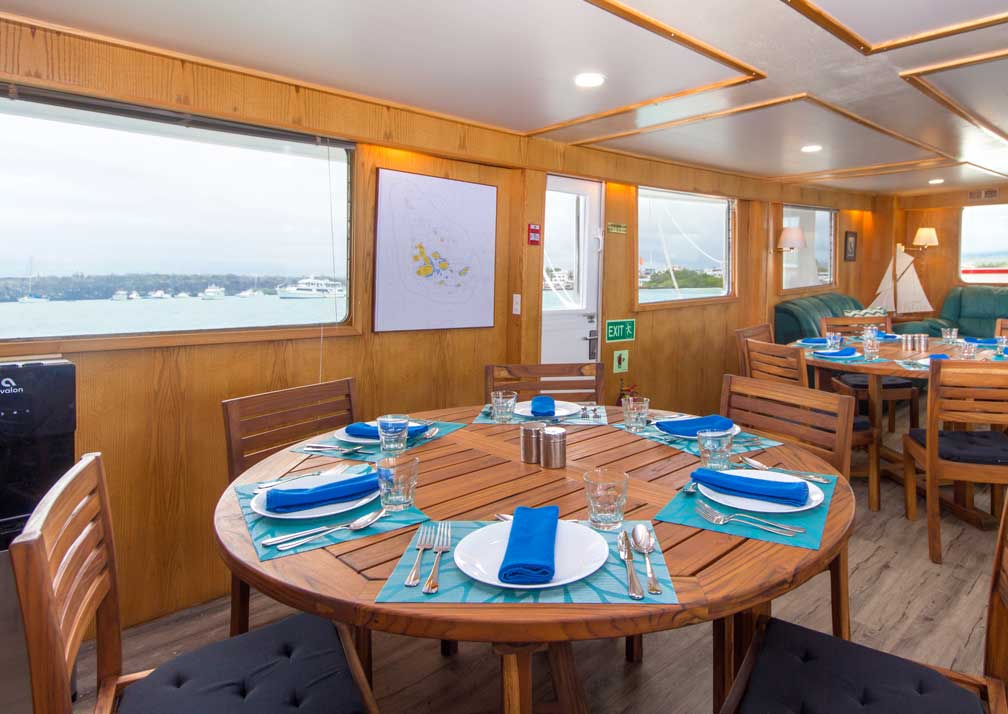 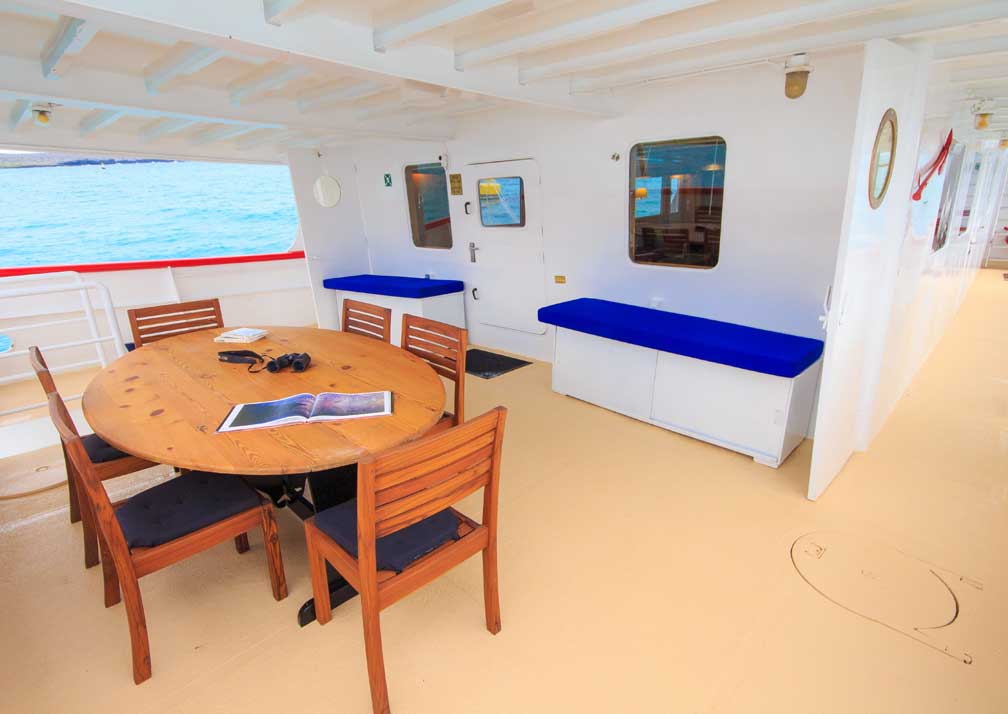 This motor yacht was built in Vancouver and spent her formative years as a sailing vessel on the west coast of Canada. She has since been redesigned as a comfortable motor cruiser in the Galapagos Islands.

Cachalote Explorer has eight cabins of varying sizes to accommodate a maximum of 16 passengers. All are en-suite and have opening portholes to admit daylight and fresh air. The two cabins on the upper deck also have a window.

The naturalist guide leads twice daily shore excursions and panga rides. Between these you can relax in the large lounge-dining room, chatting with other passengers, looking through reference books and watching DVDs, and learning about the islands from the guide during the daily briefings.

There are several open deck areas for al fresco refreshments, taking in the passing scenery and topping up your tan. These social areas give the yacht a spacious feel.

Talk to one of our specialists about
a tailor-made Galapagos holiday.
We will listen to you, then give you
great ideas and our best advice.

Help me plan my trip 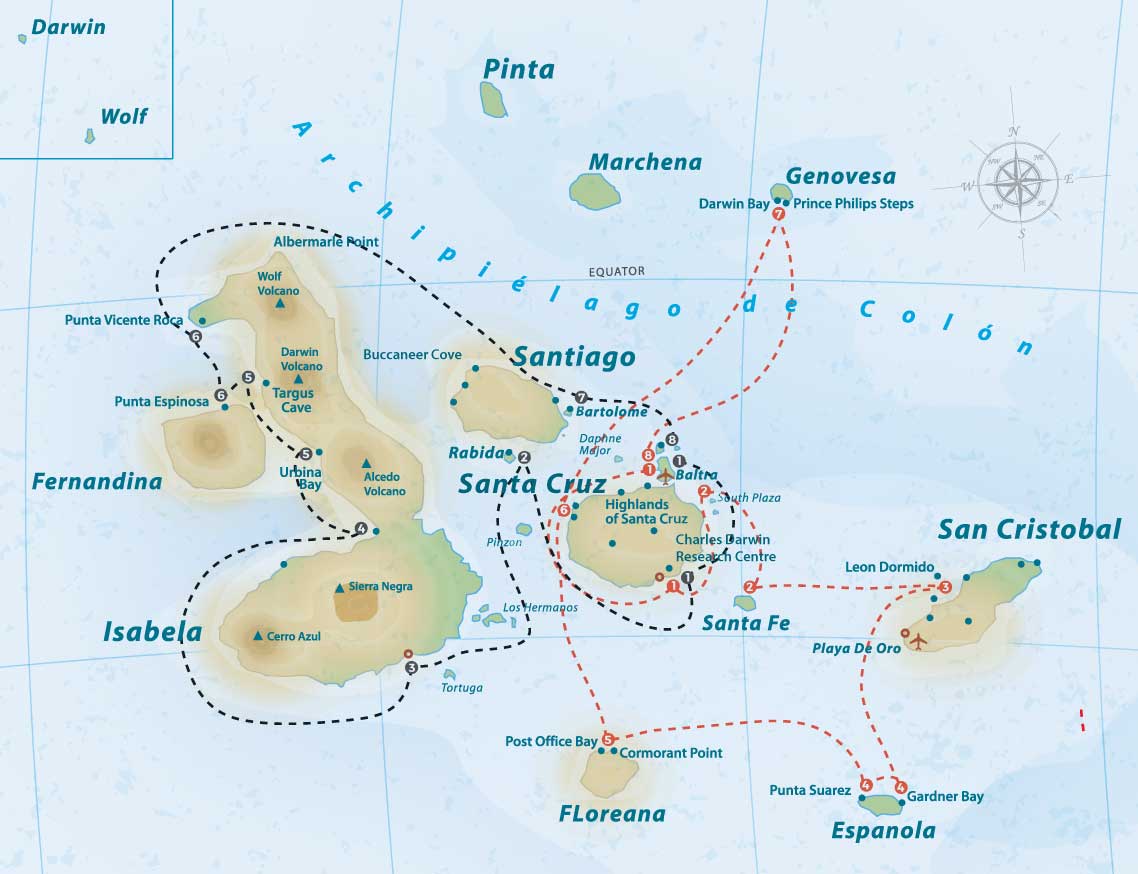 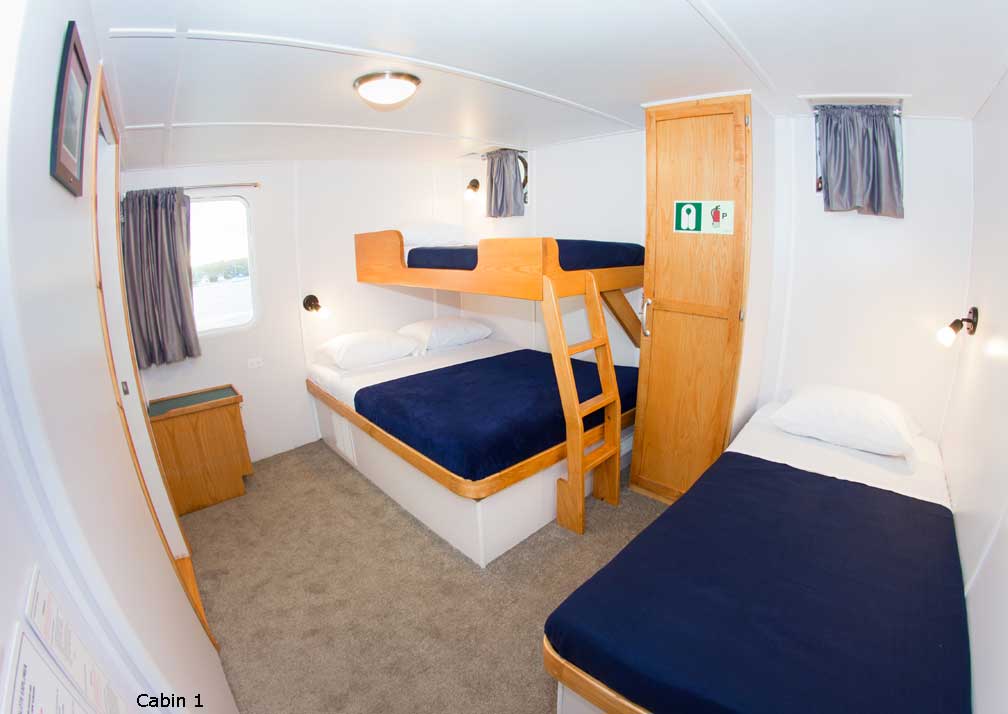 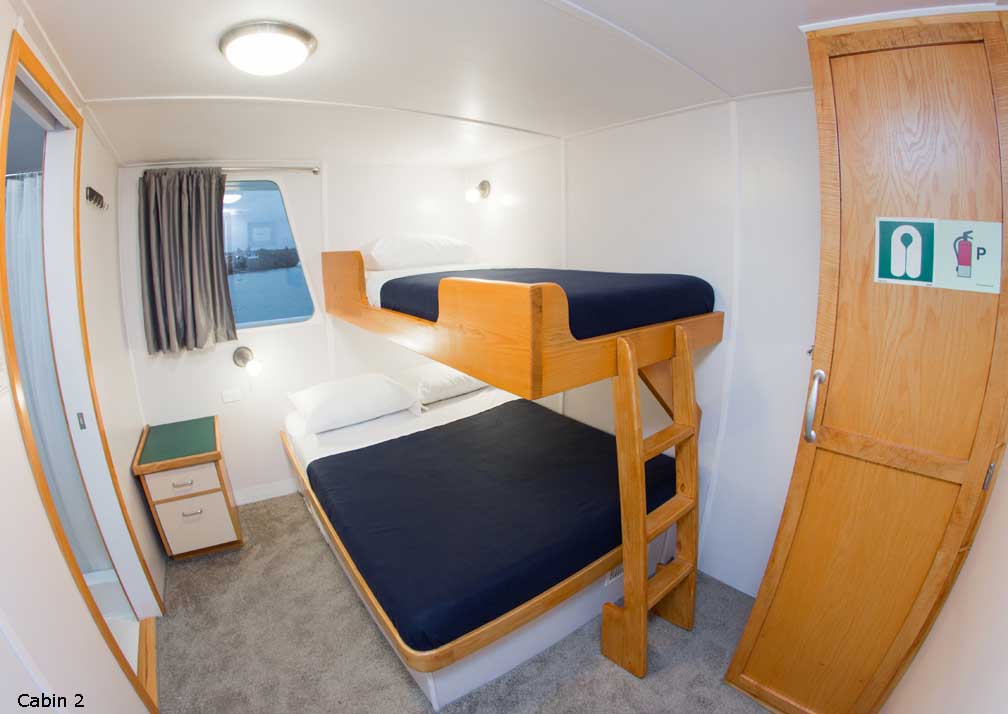 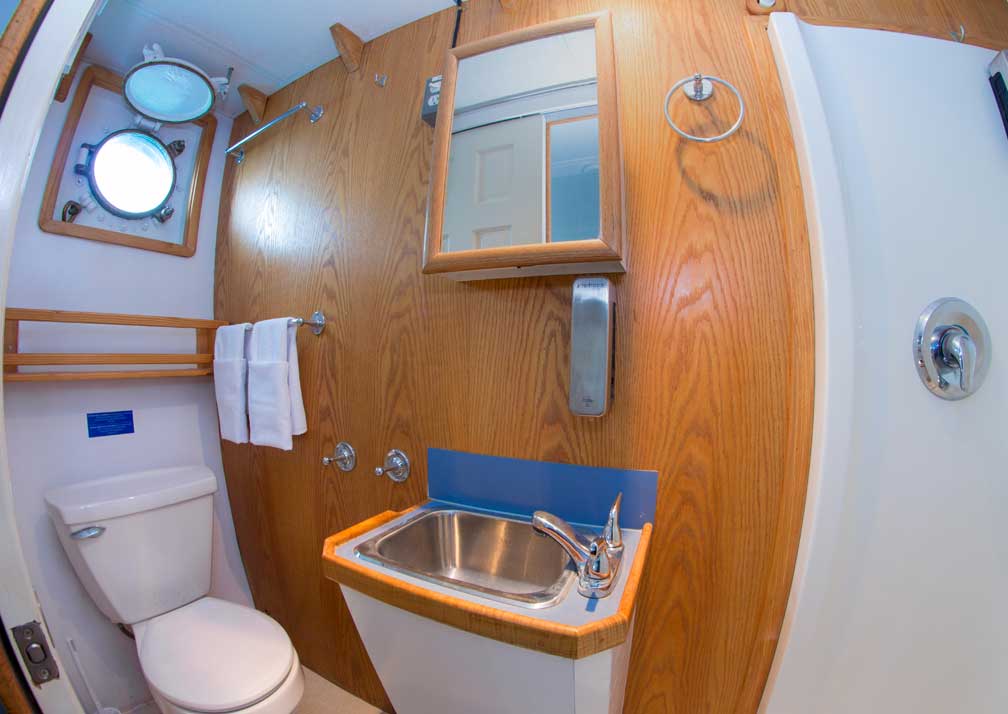 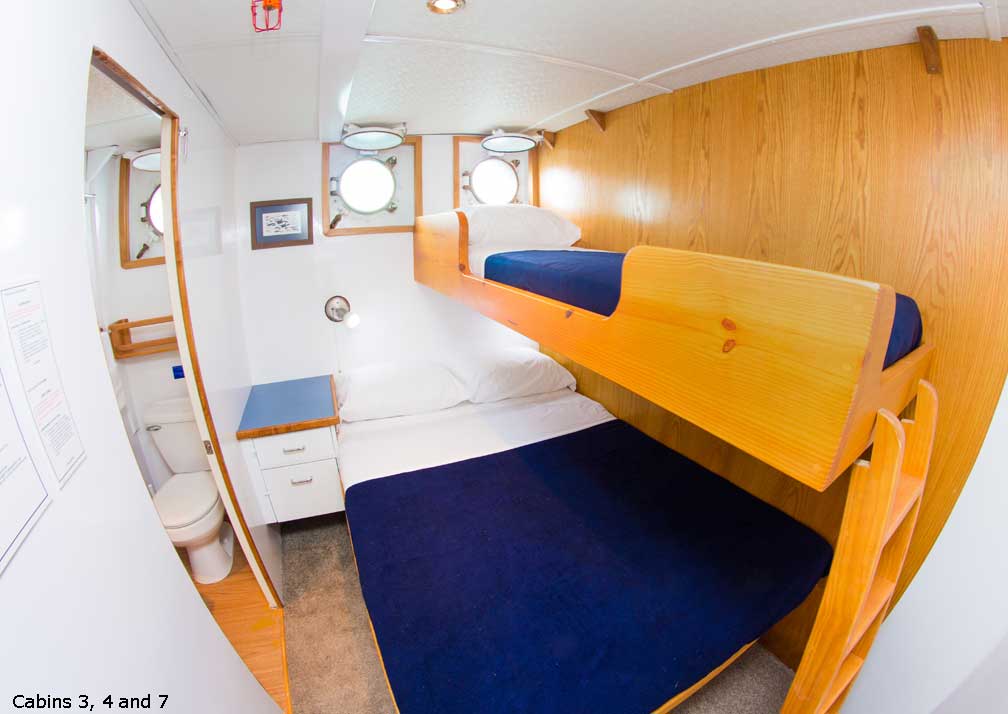 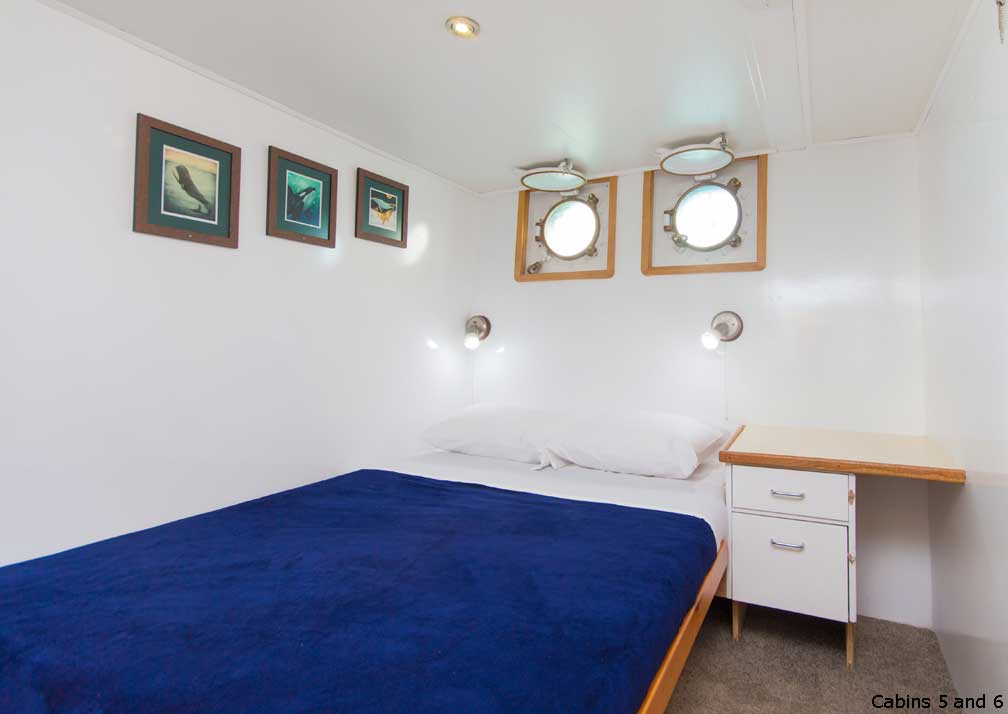 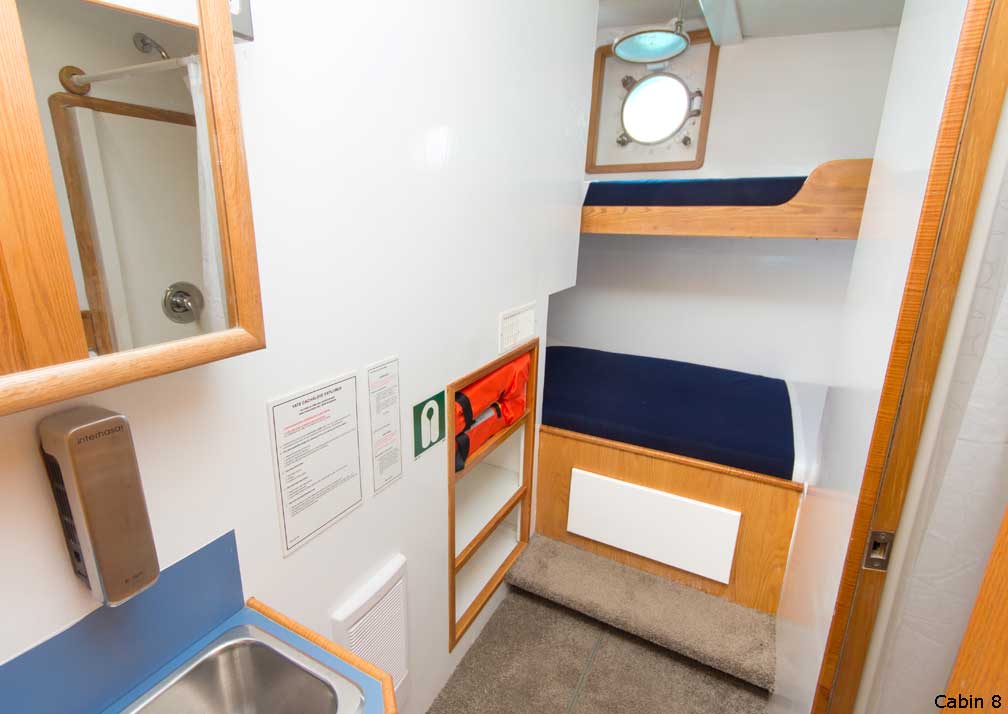 Cachalote Explorer has eight cabins. All are air conditioned and have an en-suite shower room with a hand basin, flush toilet and hot and cold running water.