Santiago is fairly central within the archipelago. It has four main visitor sites including an impressive lava flow and fur seal grottoes.
MENUMENU

Having been inhabited since the early 1800s this island suffered greatly from the influx of non-native species such as pigs, goats, black rats and certain plant species. Happily much of the damaging introduced flora and fauna has now been eradicated, though there are still two important ongoing conservation projects on the island.  The first is working on eradicating a plant species similar to a raspberry which is proving very difficult to control, and the other is helping the endemic Santiago rice rat – which is badly affected by the black rats.
However the island is popular with visitors as there is still an abundance of native flora, birdlife and other animals, and some attractive geological and historical features.

Places to go and what you might see on Santiago Island 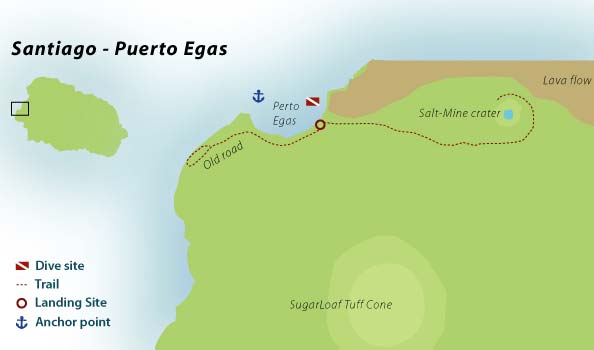 A black sand beach is the start of this landing site (wet landing). There are remains of salt-mining work scattered around, and the crater from where salt was dug can be reached on a 3km walk from here. It is now home to flamingos and other birds. You can also walk from the bay to the fur seal grottoes. The fur seals love the protected grottoes, and you can watch them swimming and playing in the water, and basking on the nearby rocks. On the way here you can pass by the tide pools to see prolific numbers of Sally Lightfoot crabs and marine iguanas. 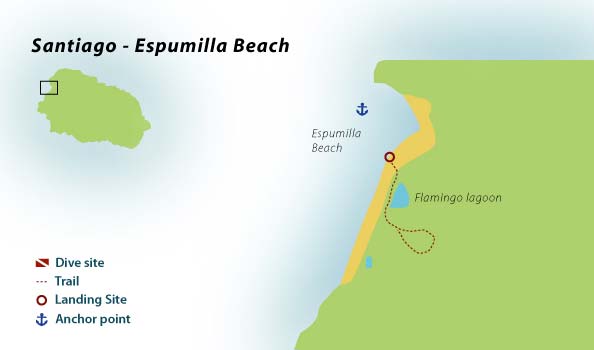 Slightly further north of Puerto Egas is Espumilla Beach (wet landing). It is a long golden sandy beach which is a marine turtle nesting site. Ghost crabs scuttle constantly over the beach. Inland there is a seasonal salty lagoon where you might see some white-cheeked pintail ducks and the occasional flamingo, and if you walk slightly higher you should spot flycatchers and finches and other land birds. 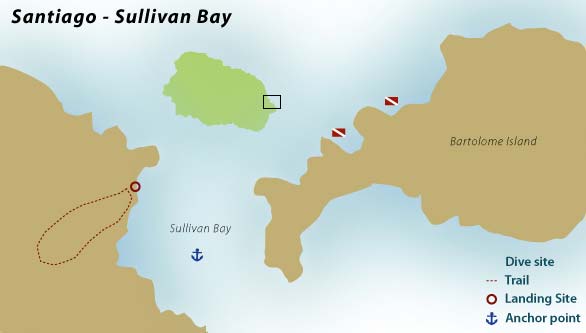 A barren spot in the east, but one where you can get up close to a hundred year old lava flow. It’s fascinating to see the ripples and patterns of the once molten lava, and the pyroclastic cones dotted around, and definitely worthy of a few artistic photographs. As you might imagine, nothing much grows here, but there are some small mollugo plants and lava cactus which cling to life in this unforgiving landscape.

Up from Espumilla Beach, Buccaneer Cove is the spot where sailors in days gone by used to land to clean their ships, and find wood, water and food before heading on their way again.  Look for the eroded tuff cliffs with two natural sculptures looking like a monk and an elephant.