The Waved Albatross has a huge 2-2.5m wingspan, making it the largest bird on the Galapagos Islands.

These giant birds can live for up to 45 years and are a spectacular sight, whether waddling along the ground, gliding majestically overhead or engaging in their long, memorable – and noisy – courtship ritual, clashing their long dark yellow beaks together as they dance around each other before mating for life.

Waved Albatrosses spend part of the year at sea, returning to the Galapagos in March in time for the female to lay a single egg on the ground each April. The parents tend the egg and raise their chick together. The young chicks have dark brown curly feathers, but, as they mature, they develop the grey/brown and white plumage of the adult bird.

The waved Albatross can only be found breeding on Espanola, current estimates of around 12,000 breeding pairs. 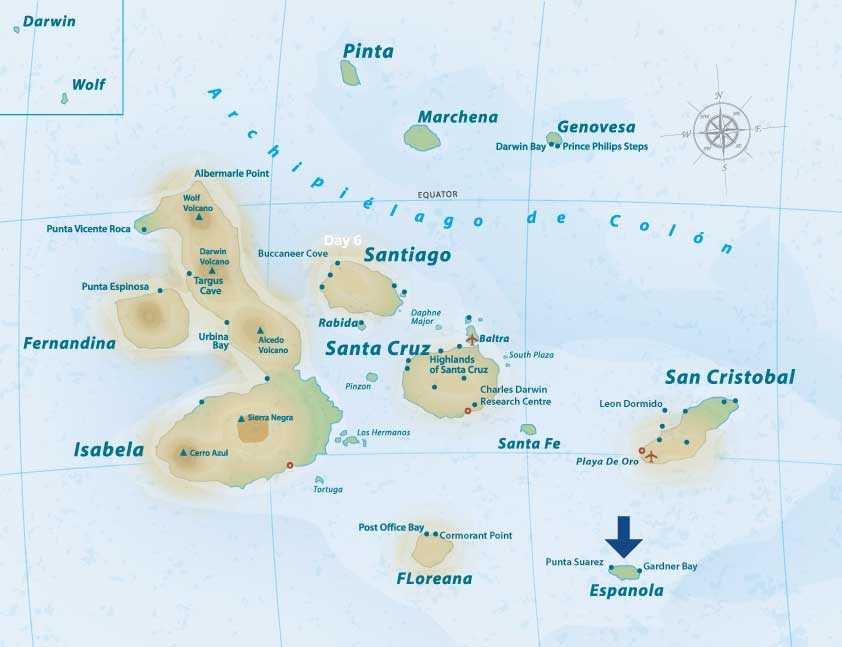